skip to main | skip to sidebar

To bad he missed

Posted by Psychomikeo at 2:20 PM No comments: 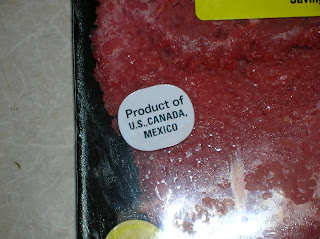 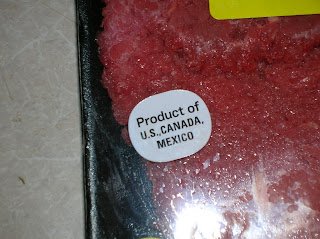 This sticker has started appearing on some products at stores around town! Get ready for the Security and Prosperity Partnership or North America or The North American Union.
Posted by Psychomikeo at 6:00 PM 1 comment:

On Anniversary of 911 Many Ann Arborites Doubt Official Story
A group Ann Arbor citizens gathered yesterday at 5:30 pm on the corner of Fifth Avenue and Liberty adjacent to the Federal Building to express their dismay about the lies and cover-ups being perpetuated by our government and media concerning the events of Sept 11, 2001.
Numerous passing drivers on the active corner in the center of town showed solidarity with the protesters by honking and giving thumbs-up as they went by. Hundreds of fliers directing readers to 911Truth websites were handed to curious pedestrians who were very receptive, many expressing their own doubts as well.
A few responded angrily, with one man actually asking the group if they had "forgotten their meds". In our highly medicated and comatose society, "medications" seem to be the remedy for those who are concerned, upset and disillusioned with recent events.
Regardless of the fact that so many dumbing and numbing drugs are foisted on the public-- now, more than ever, the events of the terror attacks are questioned and disputed in every country around the world. No amount of "medication" will make this movement go away. 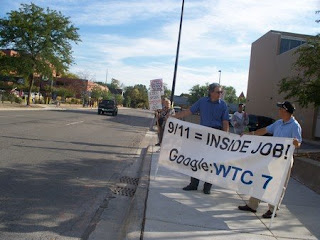 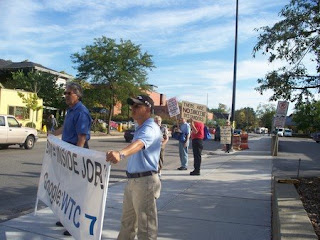 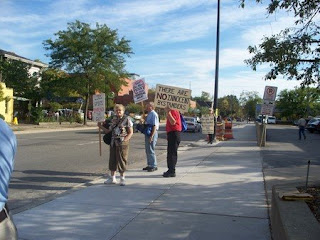 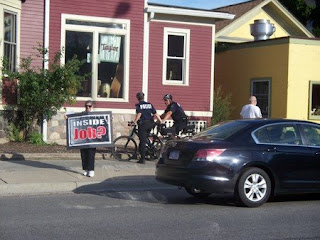 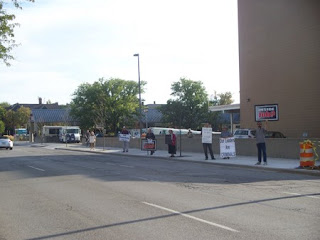 Soldier suicides this year could surpass the record rate of last year, Army officials said Thursday, urging military leaders at all levels to redouble prevention efforts for a force strained by two wars.

As of the end of August, there were 62 confirmed suicides among active duty soldiers and Guard and Reserve troops called to active duty, officials said. Another 31 deaths appear to be suicides but are still being investigated.

If all are confirmed, that means that the number for 2008 could eclipse the 115 of last year — and the rate per 100,000 could surpass that of the civilian population, Col. Eddie Stephens, deputy director of human resources policy, said at a Pentagon news conference.
"Army leaders are fully aware that repeated deployments have led to increased distress and anxiety for both soldiers and their families," Army Secretary Pete Geren said.

Cynthia McKinney at R-68 in Denver

Posted by Psychomikeo at 11:33 AM No comments:

Posted by Psychomikeo at 6:50 PM No comments:

You Can Help Fund Free Speech!